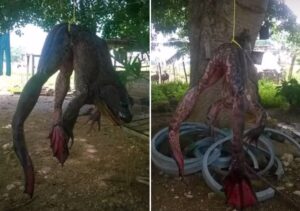 Recently, creepy photos of a very large frog have appeared on the Internet. According to the YouTube channel “Disclose Screen The Grimreefar”, giant almost human-sized frog was fished out of Lake Titicaca Peru.

Lake Titicaca is a large, deep, freshwater lake in the Andes on the border of Bolivia and Peru, often called the “highest navigable lake” in the world.

By volume of water and by surface area, it is the largest lake in South America and is home to more than 530 aquatic species. 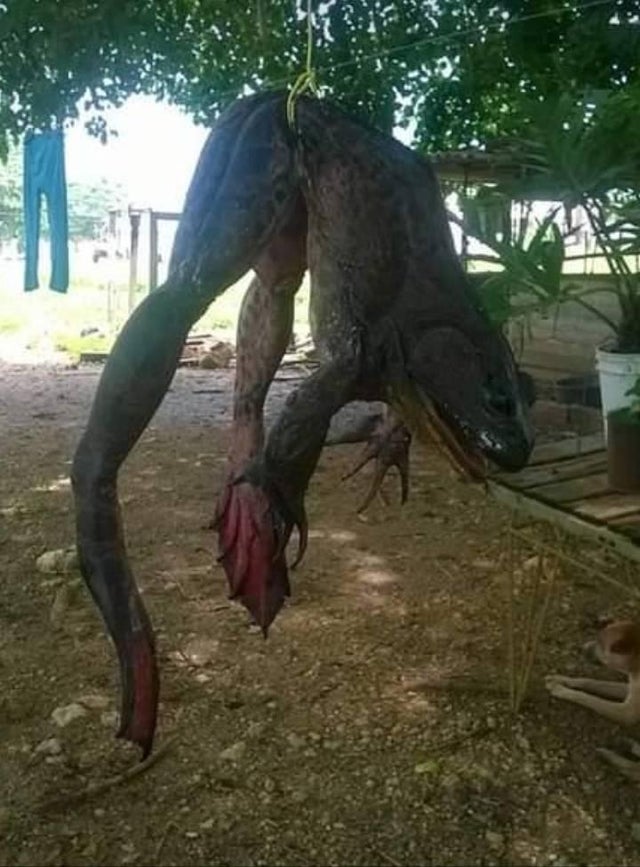 According to some reports, local residents very often saw something huge floating in the water. The mysterious creature was also observed on land. But who caught and photographed the huge frog is still unknown, since there is very little information.

Back in 2020, five scientific institutions joined forces in a cross-border effort to preserve the Lake Titicaca giant frog (Telmatobius culeus). The aim of the project is to ensure the future of the endangered frog.

But can this type of frog reach such a huge size?

Some commentators have suggested that it might be the American bullfrog.

Often simply known as the bullfrog in Canada and the United States, is a large true frog native to eastern North America. It typically inhabits large permanent water bodies such as swamps, ponds, and lakes. But these frogs do not live in Lake Titicaca.