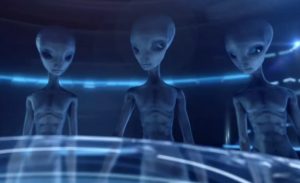 A spokesman for the notorious UFO group of Tom Delonge commented on his recent acquisition, reports Science Alert.

Steve Justice, Chief Operating Officer of the “To the Stars Academy of Arts and Sciences” announced back in July that the company was trying to prove independently the fascinating properties and attributes of UFO “matamaterials” that it had somehow obtained.

“#TTSA has acquired multiple pieces of metamaterials that are reported to have come from an advanced #aerospace vehicle of unknown origin,” the group wrote. “We’re enthusiastic about its potential use and how it can further our mission for discovery and innovation.”

A company spokesperson has now confirmed in an interview with The New York Times that the organization has possession of what it calls “exotic product specimens from UFOs.”

“What we have been doing is trying to find the most qualified individuals at the most respectable institutions to conduct scientific analysis,” said Luis Elizondo, the academy’s Director of Global Security and Special Programs.