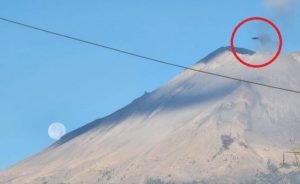 A young woman, Carla Garcia, posted on her social media page a photo of a strange black disk hovering over the Popocatepetl volcano, near her home in Atlixco, Mexico.

According to her, her husband Luis Guerra walked near the volcano last Sunday morning and took pictures of the vent of the volcano, from which smoke began to rise that morning.

During the shooting, Louis did not notice anything strange over the volcano, and then he sent the photos he took to his wife on the phone. Since Carla was still in bed at that moment, she did not look at the photos in detail, but simply immediately posted them in her feed. 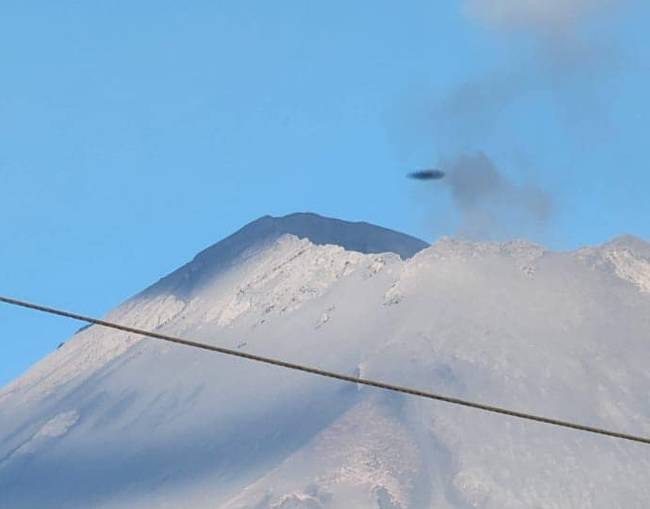 She was still lying in bed when she began to receive many messages from her friends, who saw something unusual in one picture.

According to Carla Garcia, her boyfriend has been fascinated with photographs of Popocatepetl since they moved here, and he is especially interested in the moment when the volcano begins to smoke or erupt.

It is likely that Louis took a lot of photos of Popocatepetl at different times of the day, but since the UFO is visible only on one, it can be said with great certainty that this is not something ordinary.

Dozens of UFO sightings have been recorded in the vicinity of the Popocatepetl volcano. They were captured by government cameras, television companies, and UFO hunters.

Astronomers have found a planet where life can exist