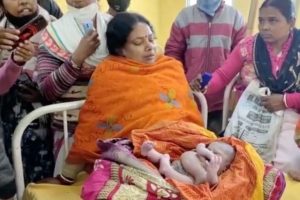 An Indian woman gave birth to a baby who, in addition to the usual limbs, had two extra arms and two legs growing on his chest and stomach.

Local residents have already proclaimed the child the next incarnation of an Indian deity.

The abnormal baby was born on January 17, 2022 at Sadar Hospital, in eastern India. The gender of the baby has not yet been revealed. 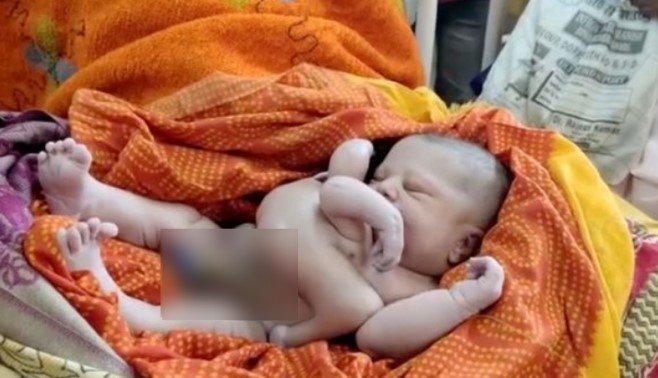 In the published photos, the child lies on his mother’s lap in a hospital room, and surprised people are standing around.

Most likely, this anomaly occurred in the early stages of pregnancy due to improper development of the twins, as a result of which the body of one twin was partially absorbed by the body of the other.

Previously, such children were repeatedly born in India, and many of them were also considered the incarnation of a deity.

Fortunately, today such anomalies can be quickly eliminated by surgery, but the media has not yet indicated whether such an operation will be performed on this child.