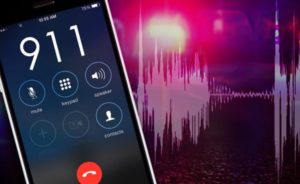 Working as a 911 dispatcher means having to have a steady head on your shoulders at all times. At any moment someone could call with their life on the line, hanging on to every word you say. Fortunately, most calls are handled with a calm demeanor. Then there are those calls haunting you, leaving you with nightmares to discuss for years to come.

One Reddit user wanted to know: “911 Operators of Reddit, what’s the scariest/ most disturbing situation ever described to you while on call?

“Had a call for a brother who killed his other brother with a hammer (the pick part) while the victim’s little daughter was watching. The daughter called us from another room and told us her daddy’s eye fell out.

Perp was apprehended, daughter taken by relative. Had to smoke after that one, and I don’t even smoke.”

“There was an old couple who lived on a run-down ranch house about 20 miles east of town. When the husband passed away, the woman would call 911 at least three times a week, asking for assistance with very mundane tasks not normally dealt to first responders. “I need help turning the thermostat up”, “I need help boiling water for my tea”, etc.

The woman developed dementia, and eventually, it progressed to the point where she believed she was calling 911 to ask her deceased husband for help. All of the dispatchers would recognize the address immediately, even though all she could say was “(husband’s name), I need help. Please come home and help me”

One day she called, and again was only able to repeat her husband’s (I’ll call him “John”) name. “John, I need help. Please come home and help me John.” By the time the first responders arrived on scene, they found the woman lying dead in her bed.

“The first unit on scene called dispatch to confirm that it was the woman herself who had called 911, as rigor Morris had already set in. We wrote it off as the fact that the heater in her house wasn’t working, and the ambient temperature in the room was about 50 degrees.

We continued to receive 911 calls from that woman, at that address for just over a year after she passed away. Even after her home was vandalized, and burned to the ground, the phone calls did not stop. “John, I need your help. John, please come home and help me.” We were obligated to send a response each and every time, but not once did we find anyone on or near the property.

Multiple calls to the phone company confirmed that the phone line had been disconnected, and the call was not coming from another address.”

“1979 NYC. Got a call from a crying child – a little boy – saying his mom and dad were fighting and his dad said he was going to throw the mom out of the window. I could hear a terrible fight going on in the background – woman screaming, things breaking, man yelling, etc.

“The poor kid didn’t know his address. We didn’t have the technology for call ID and would have to use reverse telephone books. A trace would take forever. Anyway while I’m trying to get the address I hear a horrific scream and glass breaking. A few seconds later the other operators in the room are getting calls about a woman lying in the courtyard who came out of a window. Very sad.

Worst of all is that I am sure someone else in this apartment building must have heard this fight but no one called for help until it was too late. Poor kid. Working 911 in NYC during the 70s/80s was a nightmare.”

4. Alone in the House

“The single worst call I’ve ever taken though was a woman who was calling in that she was hearing weird noises in her house. While walking through her house she started screaming and told me there was someone in her house.

“There we a couple soft pops followed by a gargling sound. After the officers had cleared the house and found her, it finally came out during the investigation that her adult son had killed her while high and freaking out.

Gunshots don’t sound like you’d think on the phone, they’re rather soft. It’s an eerie sound, something so violent being so soft that if you aren’t paying attention you can miss it.”

5. Static on the Line

“My uncle works for dispatch in my town and he recently told my family of the weirdest call he’s ever gotten. He says that he had received a call from a landline one night and when he answered it there was only static on the other end. This happened two more times.

“Finally, he calls a squad to go check out the address from the caller ID. When the cops got there and walked into the house they immediately saw that there was a dead body. The person had been dead for 5 months.

The craziest part about it was that there was no electricity or any other utility working. So there is no way they should have been able to get those calls into dispatch. But if they hadn’t, who knows how long that person’s body would have stayed there.”

“Christmas Eve night I answered 911 for a hysterical lady who was crying so hard she couldn’t breathe. I asked her what was going on and she told me these exact words “my boyfriend and I… we were watching a movie… I fell asleep. I woke up and he wasn’t here.”

“I thought this was a little odd so I said, “okay ma’am, do you know where he may have went?” she wasn’t done. She said, “I found him.. in our closet, he hung himself.. with our bed sheets.” I walked her through cutting him down and starting CPR. when in the middle of it, he starts making this long raspy exhale that sounds exactly like something from a horror movie, it’s the rest of his air leaving his lungs. She starts getting hysterical again begging him, “oh my god, he’s breathing, please breathe baby, please breathe..” But I knew that’s not what he was doing.

Police/fire/ambulance got there and of course, the guy was way dead. I felt so bad for that woman. That’s really the only call that has ever stuck with me.”

“My mom was a 911 dispatcher in the early 90’s (I was 5 years old-ish) in Washington State. When I got older, I remember asking her about some of the calls that she could still recall. One in particular was pretty bad.

“ She was working one year on Halloween night and around 10 or 11pm she had a call come in that a couple guys were driving around town with a dummy or something dragging behind their truck. The dummy was falling apart and pieces of clothing/plastic were being torn off and scattered around the city.

Being Halloween, it seemed like a prank but she had a patrol car try to find and stop the truck. As time goes by more and more people started to call in about it. Eventually the patrol car caught up with the truck and it turns out that it was a person.

The guys had gone to a store earlier and when they left, they had backed their truck into an elderly man whose clothes got caught in the rear bumper or whatnot. The two guys never even knew that they were dragging around another human being all across town, for miles.

The elderly man had passed away and those pieces of clothing scattered around town, was his clothing, flesh, and body parts. Still gives me chills.”

“I worked dispatch for a total of three months, and in that three months I only received one call I would call creepy. It was the voice of a little boy, and I was trying to be calm because it felt like he was having a hard time breathing. I asked him if he was in danger and he said no, not anymore.

“I asked him what the doggies name was in the hopes I could keep the boy calm, the boy replied “his name is shaitan” I asked him to say it again thinking he said “satan” but he clearly replied “its shaitan”. By the end of the call, the police showed up and I still don’t know what ever happened with the boy and his mother.

“But years later I was researching the Djinn/jinn and according to ancient texts, evil spirits like djinn are able to manifest themselves as a dog or other animals and guess what the djin were known as? Shaitan.

I still have a hard time sleeping at night when I think about this call.”

“I was a 911 call taker 10 years ago when I received one of the creepiest calls ever. It was freezing that night, which usually equaled a calm, quiet shift due to even the criminals not wanting to go outside. Around 3am my call box popped up green and as usual I asked what was the emergency.

“A man starting frantically screaming that his still was possessed by a demon and tried to cut his heart while he slept. He had ran when the attack started and locked himself in his bathroom. I ask him a series of questions trying to figure out what the hell is going on.

I ask him a series of questions trying to figure out what the hell is going on. Everytime he tried to answer I heard what sounded like scratching and banging on the bathroom door. He whispered “There is a demon in my sister’s body, it has been battling me for days. It got free from the chains…” I swear what I heard next chilled me to the core.

“This unearthly voice began taunting my caller through the door. It didn’t sound like a 20-something woman. It was low and guttural, like she had gargled razor blades before speaking. She continued to growl and speak in a strange sounding language until police arrived. She let out a terrifying scream when the officers broke in, then dead end.

The call was over, I was shaking and had to know what happened? Even my supervisor (who had been listening to the call in real time) was pale and speechless when the line abruptly ended. Before my shift ended the commanding officer on my creepy call called in to tell me what they found. He told me he would have nightmares for the rest of his life.

Apparently, when my caller said his sister got out of her chains, he wasn’t joking around. She still had a chain tied to a bloody handcuff when the officers came in. Her whole body was covered in self-inflicted scratches, her one eye had popped a blood vessel and was bright red.

“Most of what she was wearing was also shredded and her skin looked like she had been drained of her blood. She was taken in for a psych consult and as you probably guessed, stayed there for a long time. The brother was okay except for deep gouges in his chest. His sister literally tried to dig out his heart.

There was some talk about arresting the brother but nothing ever came of it. I still can vividly remember that voice, it still makes my blood run cold.”