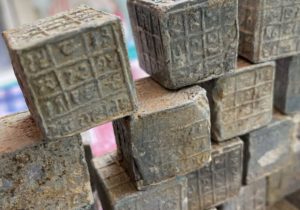 Finding lost treasure is the subject of fairytales and Hollywood movies, or at least that’s what Will Read, a magnet fisherman, thought of.

Will Read, the 38-year-old magnet fisherman from Finham, found the “lead blocks” while sifting through shallow water. Will with his kids were searching for ferromagnetic objects available to pull with a strong neodymium magnet.

When the Cubes first surfaced, the 38-year-old from Finham, believed the cubes were just unidentified bits of debris littering the bottom of the River Sowe in South Coventry.

However, as soon as he and his two sons Jackson, 5, and Benjamin, 7, looked more closely, they noticed the precise engravings on the faces of the squares, reports CoventryLive.

After they got home, cleaned up the cubes and dried them, Will agreed to post some pictures on Facebook and Reddit, wondering if anybody could provide some information about them.

At first, the responses were all over the place, with people’s imaginations going wild. Eventually, though, the general consensus appears to be that they are Indian in origin and used for prayer or ritual which leads to them being thrown into running water.

“What I learned is that they are Indian in origin and they show incantations for prayers which take effect when they are thrown in running water”, Will said. 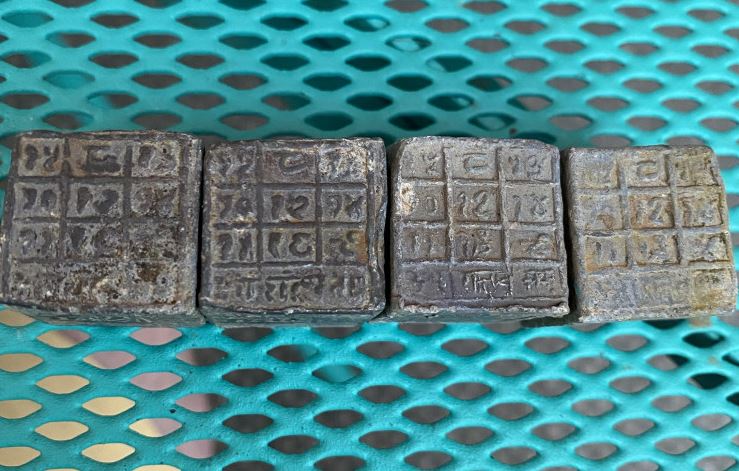 Other than a different face on one side, all of the cubes are identical, possibly because they contain a numerical formula to summon the protection of Rahu, described by the Shrivinayaka Astrology website as a planet with God-like powers.

Nevertheless, the mystery is far from complete, because no one has been able to put a date on the objects or explain why so many would end up being dumped into a calm river in Coventry.

“The more I learn the stranger it becomes,” Will said. “No one can explain why there would be so many of these cubes in one place. It feels incredibly unusual to have found so many.”