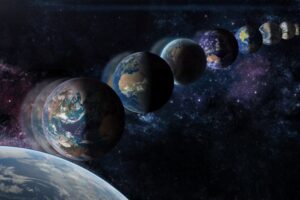 The universe we live in may not be the only one out there. In fact, our universe could be just one of an infinite number of universes making up a “multiverse.”

Though the concept may stretch credulity, there’s good physics behind it. And there’s not just one way to get to a multiverse — numerous physics theories independently point to such a conclusion. In fact, some experts think the existence of hidden universes is more likely than not, reports space.com.

Here are the five most plausible scientific theories suggesting we live in a multiverse.

Scientists can’t be sure what the shape of space-time is, but most likely, it’s flat (as opposed to spherical or even donut-shape) and stretches out infinitely. But if space-time goes on forever, then it must start repeating at some point, because there are a finite number of ways particles can be arranged in space and time.

So if you look far enough, you would encounter another version of you — in fact, infinite versions of you. Some of these twins will be doing exactly what you’re doing right now, while others will have worn a different sweater this morning, and still others will have made vastly different career and life choices.

Because the observable universe extends only as far as light has had a chance to get in the 13.7 billion years since the Big Bang (that would be 13.7 billion light-years), the space-time beyond that distance can be considered to be its own separate universe.

In this way, a multitude of universes exists next to each other in a giant patchwork quilt of universes. 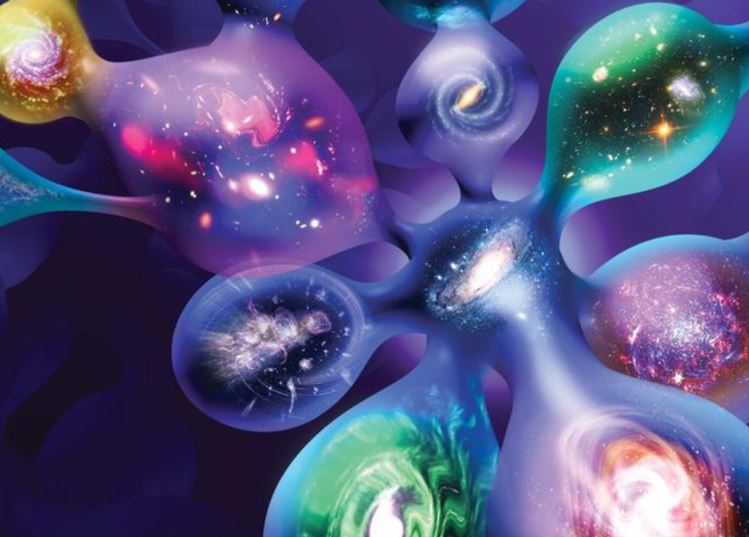 In addition to the multiple universes created by infinitely extending space-time, other universes could arise from a theory called “eternal inflation.” Inflation is the notion that the universe expanded rapidly after the Big Bang, in effect inflating like a balloon.

Thus, our own universe, where inflation has ended, allowing stars and galaxies to form, is but a small bubble in a vast sea of space, some of which is still inflating, that contains many other bubbles like ours.

And in some of these bubble universes, the laws of physics and fundamental constants might be different than in ours, making some universes strange places indeed.

Another idea that arises from string theory is the notion of “braneworlds” — parallel universes that hover just out of reach of our own, proposed by Princeton University’s Paul Steinhardt and Neil Turok of the Perimeter Institute for Theoretical Physics in Ontario, Canada.

The idea comes from the possibility of many more dimensions to our world than the three of space and one of time that we know. In addition to our own three-dimensional “brane” of space, other three-dimensional branes may float in a higher-dimensional space.

Columbia University physicist Brian Greene describes the idea as the notion that “our universe is one of potentially numerous ‘slabs’ floating in a higher-dimensional space, much like a slice of bread within a grander cosmic loaf,” in his book “The Hidden Reality” (Vintage Books, 2011).

A further wrinkle on this theory suggests these brane universes aren’t always parallel and out of reach. Sometimes, they might slam into each other, causing repeated Big Bangs that reset the universes over and over again.

The theory of quantum mechanics, which reigns over the tiny world of subatomic particles, suggests another way multiple universes might arise. Quantum mechanics describes the world in terms of probabilities, rather than definite outcomes.

And the mathematics of this theory might suggest that all possible outcomes of a situation do occur — in their own separate universes. For example, if you reach a crossroads where you can go right or left, the present universe gives rise to two daughter universes: one in which you go right, and one in which you go left.

“And in each universe, there’s a copy of you witnessing one or the other outcome, thinking — incorrectly — that your reality is the only reality,” Greene wrote in “The Hidden Reality.”

Scientists have debated whether mathematics is simply a useful tool for describing the universe, or whether math itself is the fundamental reality, and our observations of the universe are just imperfect perceptions of its true mathematical nature.

“A mathematical structure is something that you can describe in a way that’s completely independent of human baggage,” said Max Tegmark of MIT, who proposed this brain-twistin gidea. “I really believe that there is this universe out there that can exist independently of me that would continue to exist even if there were no humans.”

A whole lot to take in, huh? For many, just thinking about these propositions, boggles the mind. Does anyone reading this really believe that somewhere out in space, exists their archetype?

Not only that, but this replica comes in unlimited copies, each living a similar but modified example of your life. Or, could it be that there is a dimension, or possibly multiple dimensions existing just beyond your fingertips?

When I consider all the people who insult me for my beliefs; then lament over one of the scenarios described above, I wonder if they even hear themselves. Maybe there’s a lesson in this for all of us?

It’s a very large universe out there….or universes….or possibly something that exceeds our understanding.