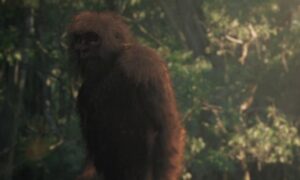 A Google search for Bigfoot returns over 26 million results, making him the most famous cryptid on Earth. But this ape-like creature isn’t the only of his kind. Here are 5 of his lesser-known cousins.

Bigfoot’s Australian cousin shares many similarities with the North-American creature. But while Bigfoot enjoys a vast habitat in which to hide, the Yowie would have a really tough live since Australia’s outback wouldn’t provide much in the way of nourishment for a population of large, hungry simians.

Sightings regularly occur and one of the most famous involved former Australian senator Bill O’Chee. In 1977, O’Chee was on a field trip near Sprigbrook, Queensland when he and his friends were chased by a 10-foot tall creature with the face of a gorilla. 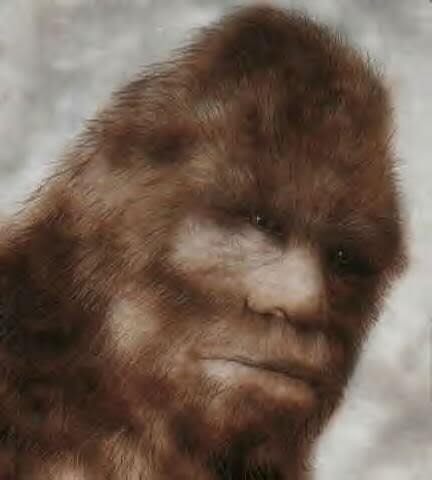 The boys saw the Yowie several more times over the course of two days.

For as long as they remember, Aboriginal Australians have told stories about the existence of an ape-like primeval creature prowling the wilderness.

Maybe there is one.

Florida swamps wold make an ideal place to hide for a creature like the Skunk Ape. According to the U.S. National Park Service, it does not exist. The people who saw it would beg to differ.

Sightings began to be routinely reported in the 1960s and have continued ever since. 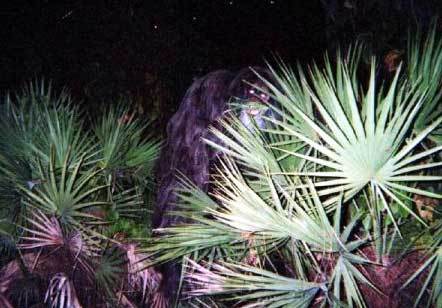 In 2,000, the Sheriff’s Department in Sarasota County, Florida received an anonymous envelope containing a letter and two photos. In the letter, a woman told how the creature had visited her backyard three nights in a row, attracted by apples left on her back porch.

The photos were determined to be genuine.

Both the Yowie and the Skunk Ape are said to be particularly malodorous and so is the Barmanu from the remote mountains of western Pakistan. It makes its home near the territories of the more famous Alma and Yeti, which could mean that these creatures are one and the same.

Barmanu (meaning “Hairy One”) was described as resembling a Neanderthal, sometimes wearing animal skins, always stinking up the place. 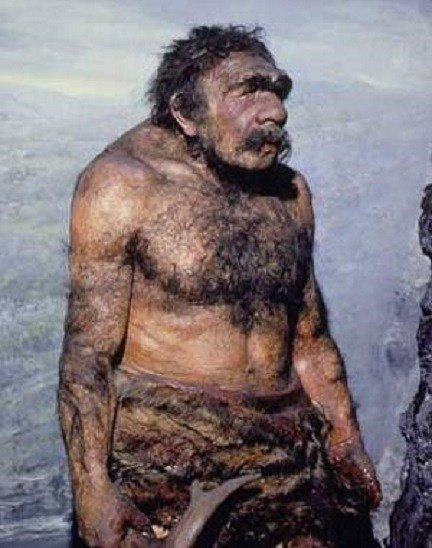 To one man, the creature proved too interesting to mind the danger. A Spanish cryptozoologist named Jordi Magraner made several visits to Barmanu country and managed to make several plaster casts of footprints, as well as a few recordings of guttural sounds.

Unfortunately, Magraner would end up getting killed because of this mysterious creature. It wasn’t Barmanu who murdered him, it was his Pakistani guide.

The Agogwe doesn’t stink. They hide in the forests of Kenya and Uganda and the natives have been bumping into them for thousands of years.

According to reports, the Agogwe are small, 3 to 5 foot tall apes with long arms and rusty fur and a tendency to walk upright. The first known sighting occurred in 1,900, when Captain William Hichens chanced upon two of them while lion hunting. He was waiting for game in a glade when the bipedal creatures casually strolled by him, unaware of his presence.

In more recent years, a team of zoologists was prevented by the natives from catching an Agogwe. Actually, they were expressly forbidden from attempting to capture “the grandfather of men.”

The Agogwe could actually be a surviving population Australopithecus that never got the memo about going extinct.

7,000 kilometers east of the African forest there lives a creature very similar in appearance to the Agogwe. On the island of Sumatra, another ape-like cryptid is said to live. Locals call it Orang Pendek, meaning”Short Man”. During the last century, it made several appearances and people from all walks of life have reported seeing it.

Villagers, adventurers, Dutch colonists and zoologists have all described the same thing: a short, bipedal, strong creature. Researcher Debbie Martyr has spent 15 years looking for the elusive ape, interviewing hundreds of locals in the process.

The body is covered in a coat of dark grey or black flecked with grey hair. But it is the sheer physical power of the orang pendek that most impresses the villagers. They speak in awe of its broad shoulders, huge chest and upper abdomen and powerful arms. The animal is so strong, the villagers would whisper that it can uproot small trees,” she said.

Casts of its footprints have been made and in 2004, DNA analysis was performed on a sample of hair said to have come from an Orang Pendek. The analysis revealed the DNA was human.

Looks like an early hominid is living in the remote mountain forests of Sumatra as well.

If they exist, these creatures are most likely to be in danger because of shrinking habitats.

Use forest-friendly paper, save the ape-like cryptids!