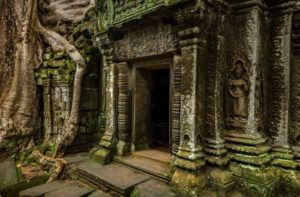 An ancient city in northern India was discovered by locals. Currently, in the Indian village of Babhaniyav near Varanasi, archaeologists have begun excavating the ancient settlement.

According to preliminary estimates by experts, this city is about 4000 years old.

The ancient settlement was discovered by accident, when local residents decided to take sand at this place for construction work. They came across several ancient artifacts, among which were various figurines of Indian gods. The find was reported to scientists.

Not only small things were discovered, but also more serious artifacts – the foundations of temples, the walls of buildings, statues, which date back to the reign of the Gupta dynasty (from the 4th to the 6th century AD).

These were the times considered the golden age of India, since the birth of Indian philosophy, literature, architecture and art began at that time.

Earlier in the state of Maharashtra, Indian archaeologists made an equally impressive discovery. Using modern technology, they discovered ancient petroglyphs that are at least 12 thousand years old.

The most amazing thing is that these cave paintings belong to the most ancient civilization, still unknown to science.