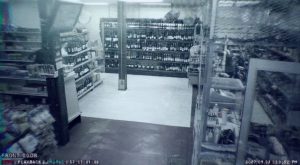 These are unsolved cases with surveillance footages that have captured the very last moments of a lady that just vanished in the night with no clues, no evidence, to a man that was found dead, but mysteriously even to this day, no one even knows who that man is. Lets begin.

Claudia Lawrence was just years old when she suddenly disappeared on th March. She was last seen coming back from Work. She worked as a chef at the university of York’s Goodricke college on the afternoon that she disappeared.

This was the footage that the police made public. The man is of importance to the disappearance of Claudia Lawrence because the certain path he took leads to the back of Claudia’s house on the evening that she went missing.

The man went out of view, but only one minute and seconds later, the man heads back Heworth Road & suspiciously just stops when he sees someone else walking past, only to carry on walking when the man has walked past. It’s very odd beahviour.

It’s possible that he was reaching for his phone in his pocket and that’s why he stopped. It could of just been a coincidence that an unknown man was opposite him at that certain time.

What we do know for certain is that Claudia has been missing for over years and her dissappearance is still unsolved to this day.

A year old man was arrested in connection to her disappearance & for suspected murder, but charges were later dropped.

The Peter Bergmann case is just shrouded in mystery. A man with a very heavy German accent Checked into the Sligo City Hotel using the name of Peter Bergmann, where he stayed for the majority of his three day visit in Sligo In Ireland.

On the morning of 16th June 2009, his naked body was found on the beach. Now this is where the actual mystery begins. When the police investigated the case, they found that Peter Bergmann’s name was false, it was an Alias.

No one knows the true identity of Peter Bergmann or why he used an Alias. No one knows where he comes from, his date of birth, nothing. All his possessions and clothing at his hotel were also missing. Here he is on surveillance footage at the hotel.

Everyday for his visit at the hotel, he would be seen leaving the hotel with a plastic purple bag and came back each time empty handed. Possibly to get rid off of all his possessions and clothing. He was described as a man that didn’t talk much.

Jane Rimmer, a year old female from Australia was enjoying a night out partying with her friends in the claremont suburbs of Perth. At around midnight Jane decided to go home as her friends left in a taxi. This was the last time they ever saw her alive.

The police believe that Rimmer’s murder could be connected to the murders of Sarah Spiers who was also murdered after leaving a nightclub in Claremont aswell as Ciara Glennon who also went missing in the claremont area. The police believe they are searching for a serial killer.

The Jamison Family that consisted of Bobby Sherilyn & their young daughter madyson mysteriously disappeared on October 8th 2009. It’s believed that the Jamison family travelled to the isolated mountains where they were looking to buy a acre plot of land near Red Oak in Oklahoma, about miles away from where they currently lived.

Days after they went missing, their truck was found abandoned. Inside their pick up truck was their phones, car keys, GPS, and $32,000, in cash. They even left behind Madyson’s beloved dog Maisy, who was found inside the vehicle on the edge of starvation.

This is the last ever known footage of them alive as they were seen loading up their truck by their surveillance camera. Investigators say that Bobby and Sherilyn looked like they were in a trance like state, where they kept repeatedly going to their house and back to their truck over times without even speaking to each other.

Years later Their skeletal remains were found next to each other, all laying face down. No one knows though how the Jamison family died. Some believe they were murdered. Some believe that the mother who was suffering deep depression following her sisters death murdered her family and then committed suicide.

Another theory is that they got lost and died of hypothermia. Their pastor added to the mystery when he gave a shocking statement saying that the family were at spiritual war and that they had seen spirits inside their home.

Bobby alledgely Asked the pastor if there were any special bullets that his family could buy so they could kill the spirits. A satanic bible was found in their house after their disapperance. There were also bizzare messages. Whatever happened years ago, is still a mystery to this day.