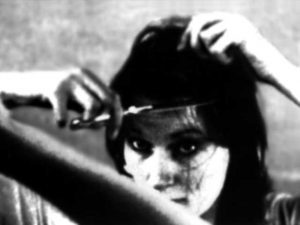 We’ve all heard the buzz about acupuncture “working” in rats, homeopathic suicides, and other general conflict arising from the struggle between doctors and practitioners of alternative medicines.

It seems as if, for every legitimate medicine bad old Big Pharma releases, there’s a corresponding pseudoscientific claim for a treatment that also “works”, generally in conjunction with energy fields, spirit worlds, and psychic health.

Here’s a couple of the oddest cures to crop up (and make a whole lot of money) in relatively modern medicine.

A cheap shot at the alt-medicine field, I’m sure, but the sad fact is that no matter how many times this one gets disproved, some people continue to advocate it. Basically, the idea is that certain especially evolved psychics can perform surgery by making incisions with their bare hands (although some prefer to use kitchen knives for more credibility).

They then begin to pull out ridiculous amounts of disgusting “tissue”, or in superstitious cultures, pieces of glass and other objects put in the body by evil spirits. Leony Romero, a renowned psychic surgeon, claims that he can raise the vibrations of his hands to pierce skin and can turn diseased energy into physical matter. This practice was first documented in the Philippines and Brazil circa late 1950’s. It came to America, and was quickly picked up by popular culture as “fourth-dimensional” surgery.

However, it was fairly quickly discredited, with the Federal Trade Commission calling it a “total hoax” in 1975, and James Randi performing a very convincing duplicate on the Late Show with Johnny Carson, and exposing it as nothing more than sleight of hand using food coloring, fake blood, a plastic bag, and bacon. This did not completely eradicate the practice, and psychic surgery was again propelled into the media eye when Andy Kaufmann sought the treatment in March 1984 for his late stage lung cancer.

He went to the Philippines for a six week stint, and when he returned, claimed to be cured. Unfortunately, he died in May 1984 from renal failure due to his cancer. Following in Randi’s steps, magicians such as Criss Angel, Penn and Teller, Milbourne Christopher, and Robert Gurtler have all reproduced extremely convincing psychic surgeries, and then proved the falsity of this bogus treatment, but to no avail: it is still widely practiced in the Philippines and Brazil, and still allowed in the US and UK.

The idea of magnetic therapy has been around since the times of the Greek and Roman empires. With the development of electricity, this age old obsession became permanently merged with the power of electricity to create one of the most dangerous alternative medical treatments in modern medicine. Specifically, electromagnetism merges scientific-sounding claims with unproven results.

The idea is that a negatively charged magnet counteracts an affliction (which allegedly has a positive charge). Additionally, these treatments exploit the idea of electricity, through microwaves, radio, and infrared rays, as an agent which also can be used as a cure for imbalanced electromagnetic frequencies in the body (not to be confused with proven instruments such as EEGs—or perhaps intentionally to be confused with them). These treatments claim to treat ulcers, headaches, burns, chronic pain, nerve disorders, spinal cord injuries, diabetes, asthma, arthritis, cancer, and heart disease.

The first of these machines thoroughly debunked was made by Albert Abrams, who claimed his invention could detect frequencies of damaged tissues and therefore make diagnoses. In 1924, Scientific American magazine tested his machine on 6 samples, and the machine was unable to correctly identify any of the diseases. The American Cancer Society points out that “Relying on this type of treatment alone and avoiding or delaying conventional medical care for cancer, may have serious health consequences.” To this day, electromagnetic treatments abound, providing unproven information and “treatment” to desperately ill people.

The most violent on this list, trepanning is also the most ancient. The practice of boring holes into the skull was apparently quite popular in caveman days; an archaeological find in France, dated 6500 BCE found that out of 120 skulls found, 40 showed trepanation marks.

So why would you ever drill a hole in your head? It seems that in ancient times, trepanation was thought to cure seizures, migraines, and mental disorders. The hallmark haircut for monks and friars actually evolved because many holy men in the Middle Ages had shaved their head in preparation for trepanning. But we’ve obviously evolved beyond this primitive way of thinking, right? Not according to Bart Huges, a Dutchman and the acknowledged champion of modern trepanation.

He alleged that boring holes into the skull opens the third eye for improved psychic ability and allows the brain access to more space and oxygen. Apparently, he believed that as humans evolved to upright stance, blood flow to the brain diminished. Huges proposed all sorts of treatments to fix this condition (headstands, jumping from hot to cold baths, and the use of drugs), but none had the long term effects of trepanning. His brilliant musings landed him a shoo-in position at an exclusive Dutch mental asylum, where he recruited his bulldog disciple, former boxer and drug enthusiast Joseph Mellan in 1965.

Mellan’s eventual book, “Bore Hole”, begins, “This is the story of how I came to drill a hole in my head to get permanently high.” It regales with his three attempts at self-trepanation. His final “success” came after his second attempt, and his subsequent psychiatric evaluation. Serious business this time, he explains the procedure:

“After some time there was an ominous sounding schlurp and the sound of bubbling. I drew the trepan out and the gurgling continued. It sounded like air bubbles running under the skull as they were pressed out. I looked at the trepan and there was a bit of bone in it. At last!”

His wife-to-be, Amanda Feilding, saw his improved mood and, infamously, recorded her own self-trepanning with an electric drill. By their own account, they remain extremely happy and content to this day. Today, the International Trepanation Advocacy Group continues to lobby for this procedure to be widely accepted, and to attempt to find scientific proof for their claims. They welcome any donations, of course.

Developed in 1922 by a Japanese Buddhist, Mikao Usui, Reiki, which loosely translates to “mysterious atmosphere”, is the practice of healing through touching somebody. Usui received his divine mystical revelation while undergoing a rigorous 21 day Buddhist training course. He allegedly taught Reiki to over 2000 people after his discovery (even more remarkable because he died only four years after founding it). Based on the Eastern tenet of ki, Reiki relies on trained energy handlers to manipulate the ki to heal ailments and promote well-being. The foundation of the practice is based in this statement, written by Usui:

The secret art of inviting happiness, The miraculous medicine for all diseases. At least for today: Do not be angry, Do not worry, Be grateful, Work with diligence, Be kind to people. Every morning and evening, join your hands in meditation and pray with your heart. State in your mind and chant with your mouth. For improvement of mind and body. Usui Reiki Ryōhō. The founder, Mikao Usui.

At this time, Reiki was primarily geared towards used as a means to achieving spiritual well-being; however, as it was transplanted to the West, it was deliberately manipulated and used as a means of curing serious ailments through looking at, blowing on, tapping lightly on, and generally touching people. This began with Hawayo Takata, who, proclaiming herself the Grandmaster of Reiki (a term she made up herself), brought the practice to Hawaii.

Today, it is proclaimed by reiki.org to be effective in curing “virtually every known illness”: Larry Arnold and Sandra Nevins are more specific in “The Reiki Handbook”, claiming it is useful for curing brain damage, cancer, diabetes, and venereal diseases. Additionally, by invoking the three Reiki symbols (as long as you are trained in Reiki, it doesn’t matter if they’re drawn correctly) you can do some spiritual housecleaning, protect yourself from evil, heal drug addiction, lose weight, find things you’ve lost, retain information, send Reiki far away in the present, as well as to the past and future. Interested? You too can become a Reiki master, for the low price of $600-$800 USD.