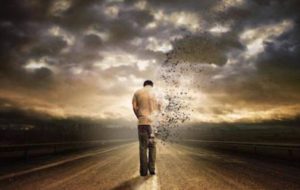 An entire family once disappeared from the Rogue River National Forest Campground in Oregon. On September 5, 1974, Richard Cowden and his wife Belinda, along with their two small children, David and Melissa, went camping for the Labor Day weekend.

On Sunday morning, Richard was seen in nearby Copper, Oregon buying some milk. That was the last anyone ever saw of the Cowden family. When the family didn’t show up for a scheduled Sunday dinner at Richard Cowden’s mother’s place, local authorities conducted a search.

The camp scene was like something out of The Twilight Zone. Trooper Lee Rickson stated: “That camp sure was spooky. Even the milk was still on the table”.

Investigators found cooking utensils resting on a tree stump, fishing rods leaning against a tree and the family car was still parked above the campsite. Richard’s wallet and his wife’s purse were also discovered, with nothing apparently missing from them. There were no indications of a struggle.

Orion Williamson was a Selma, Alabama farmer who, on a July day in 1854, simply vanished into thin air while walking across his property. What makes this case especially notable is the fact he did so in full view of his wife and son, as well as two other witnesses (neighbor Armour Wren and his son James).

The Wrens, who’d been riding along a road on the other side of the field in a horse and buggy, immediately ran to the spot where Williamson had last been seen, idly swishing the ankle-deep grass with a small stick, but found nothing.

Most of the grass was gone from the spot where Williamson had disappeared as well. The news was quickly carried into town, and soon three hundred men formed a massive search party. They combed the field in three rows an arm length apart from each other, but their thorough search yielded no clues.

As news of the inexplicable event spread for miles around Selma, hundreds of curious onlookers arrived at the farm to join in the futile search or merely to gawk at the scene. A geologist and a team of experts dug up the field to see if perhaps the ground underneath was unstable or abnormal at all. They found nothing unusual.

Newspaper reporters swarmed to the place, and all their articles said essentially the same thing: “A man has vanished into thin air.” The curious were still coming to gape at the field as late as the following spring.

Mrs. Williamson allegedly revealed at this point that she and her son had heard the farmer’s voice crying out for help from the area where he’d vanished, but the voice gradually grew weaker and faded away after a few weeks.

Mr. Ambrose Bierce was said to be very interested in the case. He interviewed members of the search party and studied the grassy, treeless field where Williamson had disappeared.

Bierce was so fascinated by the incident that he consulted a German scientist, Dr. Maximilian Hern, who’d written a book entitled “Disappearance And Theory Thereof”, which detailed his theories surrounding the spots of “universal ether” that he believed could completely destroy any solid objects that happened to be in them. Bierce scoffed at such ideas.

The irony here is that Bierce himself would later become one of the most renowned missing persons in history. For unknown reasons, a reporter would write a fictional account which matched all the details of this event precisely, except that the farmer’s name became David Lang, the locale Tennessee, and the date 1880.

This mysterious fictionalization has caused a great deal of confusion over the years, with the ” David Lang” version actually receiving far more publicity.

Parfitt was an ex-tailor who lived in the little English town of Shepton Mallet, in the county of Somerset. Parfitt was an invalid, aged about 70, who resided with his sister Susannah in a cottage on what was, for that day and age, a busy turnpike road.

One balmy June evening in 1768, Parfitt was carried by his sister and another younger woman, Susannah Snook, downstairs and placed in a chair by the door. He was left alone there, with his coat across his chest, as his sister went upstairs and Snook went home.

About fifteen minutes later, the sister heard, according to one witness account, “a noise,” and quickly ran downstairs. She discovered Parfitt’s chair was empty beneath the coat that was still lying there, but he was nowhere in sight. A massive search was conducted, but to no avail.

Old Parfitt was well known around Shepton Mallet, and if somehow he’d miraculously managed to rise from a chair he supposedly was unable to rise unaided from, and make his way to the turnpike road, surely one of the 3000 inhabitants of the town would have noticed him. Parfitt was never seen again.

Forty-six years later, a local attorney in Shepton Mallet, William Maskell, together with a few other locals, conducted a re-investigation of the Parfitt disappearance. There were still direct witnesses living, but not much new information came to light.

One witness still alive, Jehosaphat Stone, left an appropriately cryptic comment when he stated (after claiming Parfitt’s sister had found the chair in which her invalid brother had been sitting to have moved when she came rushing downstairs in the wake of a noise); “I knew Owen Parfitt well. He was a tailor. Many folk round here at the time believed that Owen Parfitt had been spirited off by supernatural means”.

Worson was a shoemaker who lived in Warwickshire, England. He was prone to bragging about his prowess as a long-distance runner, and on September 3, 1873, he was challenged by two friends, linen draper Barham Wise and photographer Hamerson Burns, to run the 40 mile distance from Leamington to Coventry.

Worson accepted and started jogging while his friends followed closely in a horse-drawn cart. Worson ran easily for several miles, conversing along the way with his friends.

Suddenly, when he was only a half dozen yards from them, and with their eyes fixed upon him, Worson appeared to stumble in the middle of the road. He then fell forward and, as he went down, gave out an awful cry of terror.

He then vanished completely. Burns and Wise searched frantically, but couldn’t find a trace of their friend who appeared to have evaporated into thin air right before their eyes. A subsequent extensive search of the area yielded similar results, and Corson was never seen again.