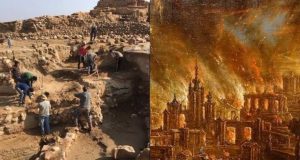 In 1650 BC, a terrible cataclysm occurred to the northeast of the Dead Sea. Its result was the complete destruction of the large, highly developed, at that time, city of Tell el-Hammam.

Historians and archaeologists have expressed a variety of hypotheses about the causes of such grandiose destruction. Among them were an earthquake, a volcano or a huge lightning.

However, none of the hypotheses have been confirmed. Most likely, Tell el-Hammam was destroyed by an explosion and overnight. 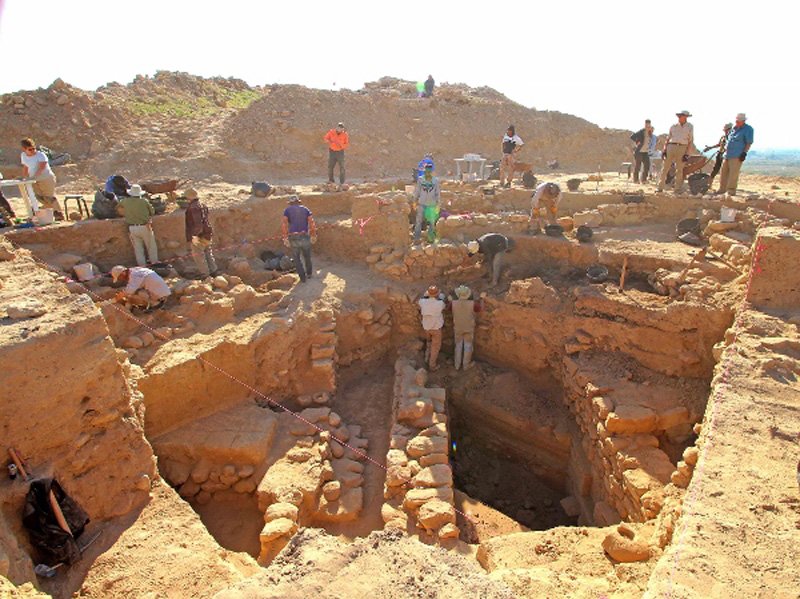 An explosion of a meteorite over the city would have coped with such a task. Scientists even calculated its power – about 9000 Hiroshima. The bodies of people turned into stone were found in the city. Their postures indicated that there was visual contact with something bright.

In the last moments, the inhabitants of the city tried to hide from the impending threat, or at least cover themselves with their hands.

The incident at Tell el-Hammam has been compared to the Tunguska explosion. The power of both cases is overwhelming. But there is one “but”, the researchers did not find any traces of a meteorite or a formed crater.

In an instant, more than 200 buildings were destroyed, including a grandiose palace and several large structures. The temperature was so high that the nearby lake instantly evaporated. 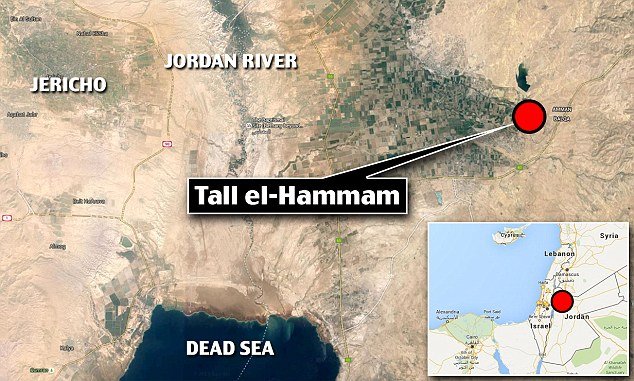 The Russian traveler and explorer Andrey Sklyarov expressed the version that a war of the gods was taking place on Earth. That is, highly developed civilizations with destructive weapons, possibly nuclear weapons, fought on earth and in the sky.

Because of this, the cities of people were erased from the face of the Earth. And the general standard of living and development has dropped quite a lot.

Approximately the same powerful weapon destroyed 8 cities on the territory of modern Turkmenistan, Mohenjo-Daro, ancient Indian cities, Sodom and Gomorrah, many settlements on the Arabian Peninsula and northern Africa, cities of Central Asia.

If all of them were destroyed in about 300-350 years by various cataclysms, then this would be strange. Especially when it comes to meteorites. So, Andrey Sklyarov’s hypothesis has the right to life.

For example, in the Indian Vedas, various types of weapons are indicated. For example, arrows that drain entire rivers and lakes, solar disks that burn cities and incinerate elephants, amulets and artifacts that cause distortion of time and space, which inevitably leads to an altered reality. All this could lead to the destruction that we see in Tell el-Hammam.