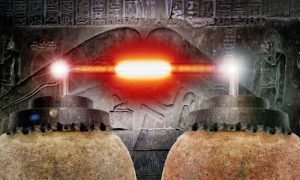 There is an ancient Indian text written by the sage Agastya in Sanskrit.

The sage Agastya was a revered sage of the Vedic times. It is mentioned in such ancient texts as the Rig Veda and the Ramayana.

It is known that the Rigveda was compiled around 1200 BC. This means that the sage Agastya lived at least 3000 years ago.

This text, which is at least 3,000 years old, describes how to generate electricity and electrolyze water.

Below is the translated Agastya text which describes the creation of the electric battery:

“Place a clean copper plate in a clay pot. Cover it with blue vitriol, and then add wet sawdust on top of it. Next, place a zinc sheet coated with mercury amalgam on top of the sawdust to avoid polarization. As a result of contact, an energy called Mitra-Varuna is formed.” 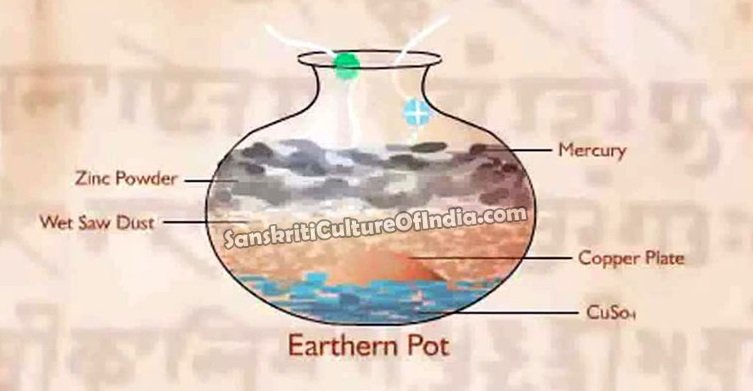 This is a fairly clear description of a galvanic cell. Wet sawdust is used instead of paper discs. In other words, this text tells us that the knowledge of the production of electric batteries existed in ancient India at least 3000 years before they were created in modern times.

What is even more interesting is the lines that are recorded in the same Agastya Samhita. They say that, using about 100 of these clay pots, you will get enough electrical energy to get oxygen and hydrogen from water.

Experiments carried out to create a battery using the methods mentioned in the Agastya Samhita showed that the battery generates about 1.4V.

Then the text mentioned above says that the hydrogen (produced from the splitting of water) can be collected in a pressurized container, which can then be used for flights. This suggests that oxygen and hydrogen were also known at the time of Agastya.

Without a doubt, we still have a lot to learn about the history of our ancestors, their way of life, knowledge, and technology. After all, the people of that time were quite reasonable.

So if only so many discoveries and inventions have been made in recent centuries, it is only natural that cutting-edge scientific inventions and discoveries could have occurred in the distant past.