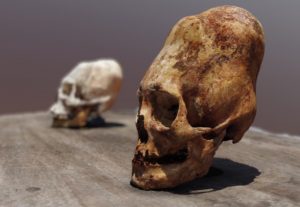 Elongated skulls are a very interesting global phenomenon. Across the planet, researchers are constantly discovering traces of these mysterious artifacts, the nature of which allegedly defies any explanation.

Many researchers enthusiastically cite elongated skulls as evidence of the existence of forbidden archeology. And some of them even believe that they are proof that the real history of mankind is hidden from most people.

Among the most interesting examples of elongated skulls are the so-called Paracas skulls. They were discovered in the province of Pisco, Peru, almost a hundred years ago. 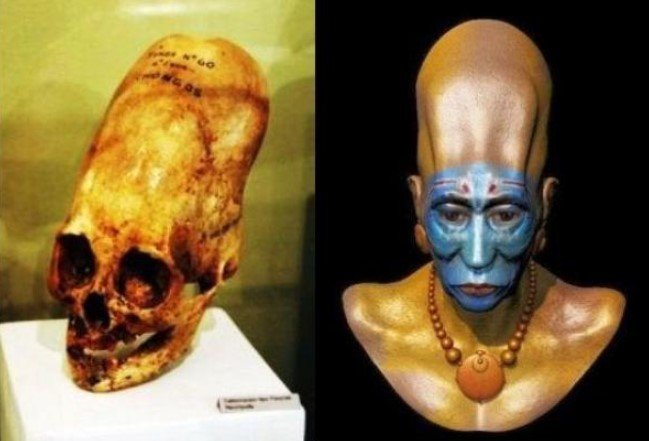 Once upon a time, the Inca Empire flourished in these places. The skulls are believed to be around 3,000 years old. And DNA tests allegedly showed that the elongated skulls of the Paracas culture belong to a completely unknown human species.

In 1928, a Peruvian archaeologist named Julio Tello discovered a burial ground containing a series of tombs. Excavations in the region have unearthed many cone-shaped skulls that have raised questions about this enigmatic group of people.

Initially, Brian Foerster, who conducted the DNA study, believed that these skulls did not fit into the “known evolutionary tree.” 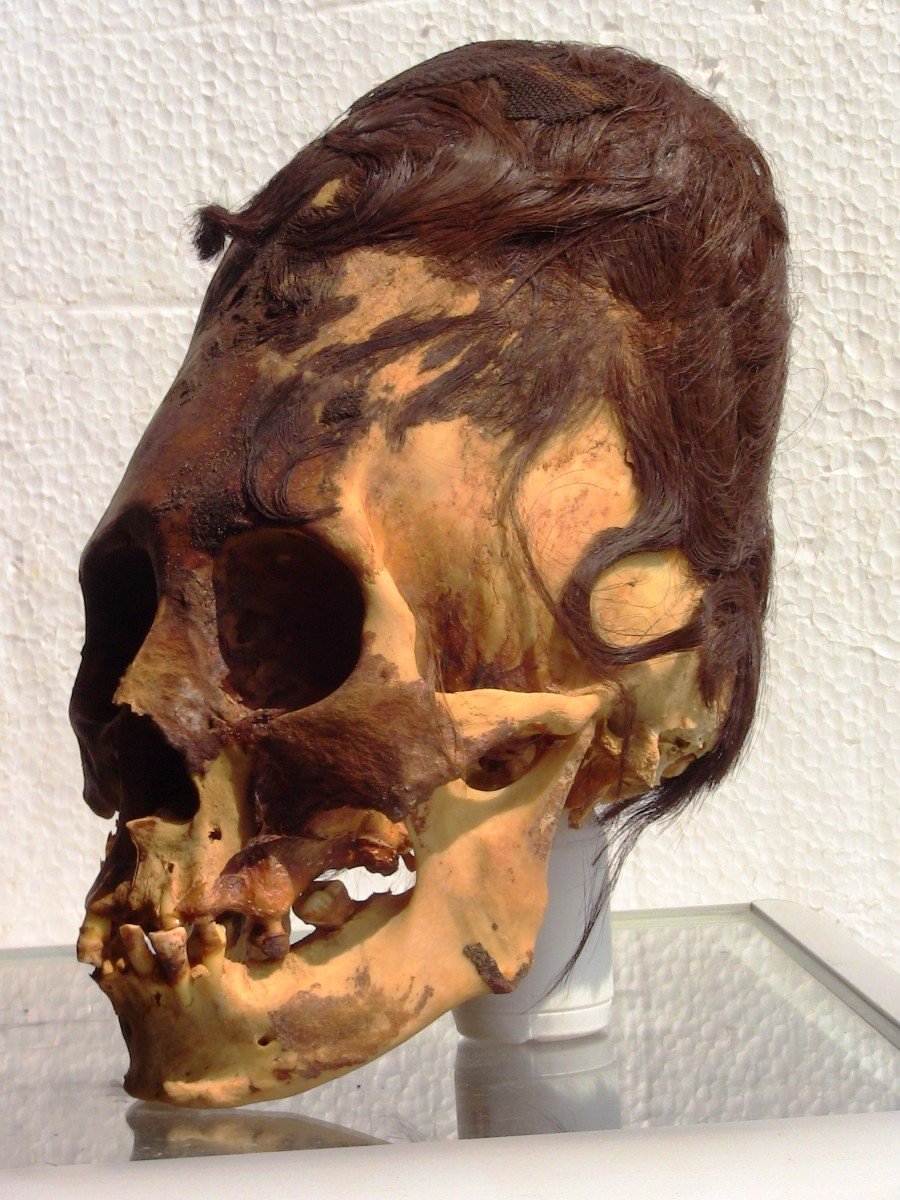 According to some DNA tests, the deformity of the skull was not created artificially, but due to genetics. The elongated skulls of the Paracas culture have other strange features.

The researchers concluded that the average volume of these skulls is 25% larger than that of the average modern human. In addition, they are 60% heavier than ordinary human skulls. But that’s not all.

In 2018, a team of researchers led by Brian Foerster and L.A. Marzulli presented her DNS findings at the Elongated Skull Symposium in Los Angeles. Foerster explained:

“The DNA results actually turned out to be incredibly complex… It will take me a while to figure out what these results mean. But what they show for sure is that the Paracas skullcap people were not 100% Native American. They were a mixture or even a hybrid of different peoples.

“Their blood types are also very complex, they should have an “O” blood type if they are 100% Native American, but they are not. Most likely we are dealing with a subspecies of humanity regarding the paracas… There seems to be a lot of DNA evidence from extreme eastern Europe and extreme western Asia.

“More precisely, I’m talking about the area between the Black and Caspian Seas, where ancient people with an elongated skull lived, I think, about 3000 years ago. So I think we’re looking at a migration pattern starting in the Caspian Black Sea area, then moving through the Persian Gulf and then moving east, eventually ending up on the coast of Peru.”

The earliest written references to the artificial deformation of the skull date back to 750-650 BC. In his book Catalog of Women, the Greek poet Hesiod mentions a tribe from Africa or India called “Macrocephaloi” (or “Macrocephali”), which roughly translates as “big heads”. The deformation of children’s skulls was practiced by the Huns, Goths and Alans as early as the 4th and 5th centuries.

In April 2021, a video was posted to YouTube in which the presenter showed off the elongated skulls he found in Huancavelica, a city in Peru. The host spoke in Spanish in a video titled “I found STRANGE AND DEFORMED SKULLS in the mountains of Huancavelica”.

The video went viral after a Facebook user posted it and pointed to the shape of the skull and eye sockets as evidence of alien origin.

Some experts have stated that the skull and eye sockets are perfectly normal. “The eye sockets are normal and within human limits and look like those of other human skulls from Peru,” said Melissa S. Murphy, an anthropology professor at the University of Wyoming who specializes in analyzing human remains from Peru.

Samples were sent to a genetic laboratory, but in order not to affect the result, the origin of the skulls was not reported.

Interestingly, in the mitochondrial DNA inherited from the mother, mutations were found that are unknown to any person, primate, or any other animal, and these mutations indicated a different kind of person, different from Homo Sapiens, Neanderthals or Denisovans.

It was reported that people with skulls from Paracas were biologically different and interbreeding with them would have been impossible.

So who were these people? Did they evolve here on Earth along a path so different from ours that they ended up looking completely different? But what if the skulls of the Paracas culture are just the remains of aliens?