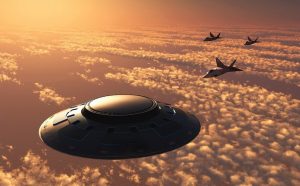 Fox Mulder from Canada-Christopher Rutkowski-has shown how often Canadians report UFOs. The acclaimed ufologist is part of Ufology Research, an organization that has collected and analyzed UFO data from Canada for the past three decades.

The latest figures released, which cover sightings that occurred in 2017, show a total of 1,101 sightings across Canada-roughly three each day. This number is also the fifth highest number of sightings since 1989.

Although many of the sightings showed conventional explanations, an estimated eight percent of the total number of reports remains “unexplained.”

“There’s no incontrovertible evidence that aliens are visiting us, although it’s a wonderful theory,” said Rutkowski. “There is a real phenomenon [that] I think is worth scientific study.”