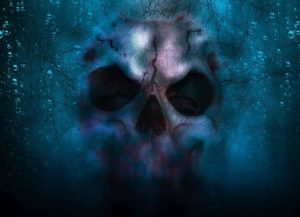 Looking for creepy true stories to give you goosebumps? Here are three terrifying tales of scary things that happened in real life.

On March 16, 1995, Terry Cottle shot and killed himself in the bathroom of the home he shared with his wife Cheryl. There had been an argument—there had always been arguments—and Terry had threatened himself with a gun just months before.

Cheryl heard the shot from the other side of the door after watching her husband enter the bathroom with a .22. She heard him gasp “Help me, I’m dying,” and then he was gone. He’d fired a single round into his brain.

The only possible silver lining was that Terry, 33, had been in good physical condition—and an organ donor. Terry’s heart saved the life of 57-year-old Sonny Graham, who had contracted an incurable virus of the heart a year earlier.

In 1996, Sonny wrote a letter of appreciation to Terry’s widow, and though the donor procurement agency had advised against contact, they decided to meet. And when they did, Sonny fell instantly in love with the widow of the man whose heart now beat in his chest.

“I felt like I had known her for years… I couldn’t keep my eyes off her,” Sonny told a local newspaper in 2006.

They were both married at the time, but within a few years both had divorced, and they moved in together in 2001. It was a rocky relationship, just like Cheryl and Terry’s had been, but they eventually married in 2004.

Four years later, with no indication that anything was seriously amiss, Sonny’s life ended the same way Terry’s did—suicide by gunshot. The heart that had beat on for 12 years of borrowed time stopped beating for good.

In June 2011, emergency services dispatched an ambulance to the home of 65-year-old Barrie Hepburn. Barrie was a retired sports car enthusiast and a paraplegic.

He’d been left wheelchair-bound in 2000 after being shot by a neighbor in an argument. Barrie had told the emergency operator that he was bleeding heavily, and they feared the worst, as he had fallen silent during the call.

They certainly weren’t expecting what they found, which was the shock of their lives, and the grisly stuff urban legends are made from.Barrie, who had lost all feeling in his legs, had made an enthusiastic attempt to remove one of them with a hacksaw.

He had recently become despondent because he was having so much trouble getting into and out of his beloved sports cars, and his overtures to his doctors about amputation had thus far been rebuffed.

Barrie had apparently decided that if he began the surgery himself, doctors wouldn’t have any choice but to continue. When the paramedics arrived his right leg was almost totally detached, the plastic sack he’d used for a tourniquet covered in massive amounts of blood, and his bag was sitting beside him, neatly packed for the hospital.

Soon after 18-year-old Carissa Glenn moved into her new Cornwall flat, she began sensing a presence. She had the feeling that someone or something was there when she was alone at night, and she often brought it up with family and friends over the month or so that she lived in the flat.

She could hardly have been that surprised, she’d heard a rumor before moving in that the previous tenant had hanged himself.According to her friends, she would have extraordinarily vivid nightmares about hanging, in addition to the feelings of being haunted.

Her friends were concerned, as Carissa had a history of sleepwalking—and of acting out her dreams. And though the rumor about the previous tenant actually proved false, Carissa may have just been haunted after all.On April 14, 2008, the “happy young woman” who had been out for drinks with friends the evening before, hung herself with a scarf.

Well, her friends agree she’d been happy except for one thing—she sometimes didn’t want to go back to her flat at night because of the presence and the dreams.

And with that, we’ll wish you your own sweet dreams!