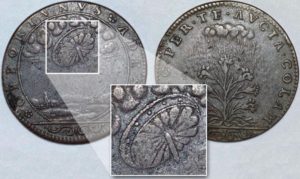 After decades of seeking possible answers about a mysterious UFO-like design on a 17th century French copper coin, a prominent numismatic expert says it remains just that: an unidentified flying object.

After a half-century of research, the design has defied positive identification by the numismatic community.

“It was made in the 1680s in France and the design on one side certainly looks like it could be a flying saucer in the clouds over the countryside,” said Kenneth E.Bressett of Colorado Springs, Colorado, a former President of the 32,000-member American Numismatic Association and owner of the curious coin.

”Is it supposed to be a UFO of some sort, or a symbolic representation of the Biblical Ezekiel’s wheel? After 50 years of searching, I’ve heard of only one other example of it, and nothing to explain the unusual design.” 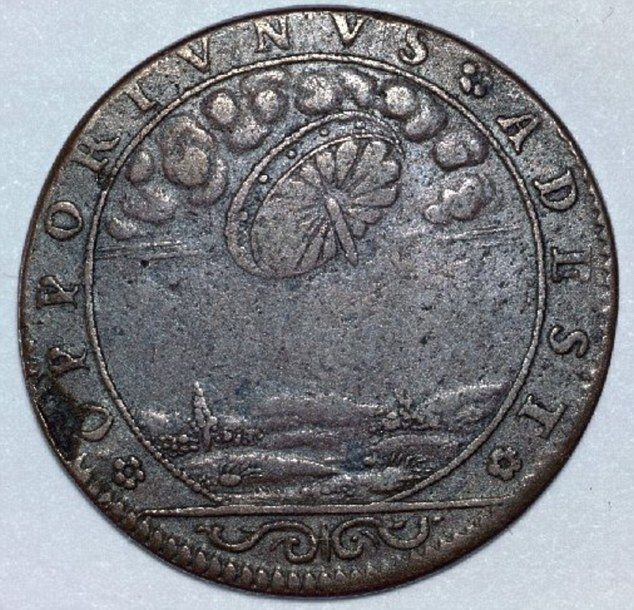 Bressett said the mysterious piece is not really a coin, but a “jeton,” a coin-like educational tool that was commonly used to help people count money, or sometimes used as a money substitute for playing games.

It is about the size of a U.S. quarter-dollar and similar to thousands of other jetons with different religious and educational designs that were produced and used in Europe during the 16thand 17th centuries.

“The design on this particular piece could be interpreted as showing either a UFO or Ezekiel’s wheel, but little else. Some people think the Old Testament reference to Ezekiel’s wheel may actually be a description of a long-ago UFO,” he explained.

“The legend written in Latin around the rim is also mystifying. ‘OPPORTUNUS ADEST’ translates as ‘It is here at an opportune time.’ Is the object in the sky symbolic of needed rainfall, or a Biblical reference or visitors from beyond?

We probably will never know for certain,” said Bressett. ”It is part of the lure of numismatics that makes coin collecting so intriguing.”