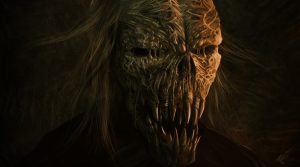 Demonic possession is no laughing matter – but if you find yourself pitted against one of the 13 most dangerous demons in hell, watch out! Blackman and Martin are 2 of them.

Anton Szandor Lavey, the former high priest of the church of satan, listed the most powerful of Lucifer’s minions in his notorious book, the satanic bible.

“Theologians have cataloged some of the names of devils in their lists of demons, but the roster which follows contains the names most effectively used in satanic ritual,” wrote Lavey, known to his followers as the black pope.

In addition to what he called the “crown princes” of hell (Satan, the fallen angel belial and the destructive sea monster leviathan) Lavey lists other vicious demons who also occupy the “royal palace of hell.”

A lot of people who are interested in magick try to summon demons, but summoning them is no joke. Of any and all mythical creatures that you may want to encounter, demons are the easiest to find. But that’s exactly what makes them so dangerous.

Astaroth – female demon worshipped by the phoenicians as the goddess of lasciviousness.

Azazel – the demon who taught man to make weapons of war and introduced women to cosmetics.

Behemoth – devil said to take the form of a monstrous elephant.

Beelzebub – disgusting and repulsive lord of the flies.

Cimeries – demon who rides a black horse and rules africa.

Mormo – king of the ghouls and chief consort of hecate, the greek goddess of the underworld and witchcraft.

Mictian – worshiped by the aztecs as the god of death.