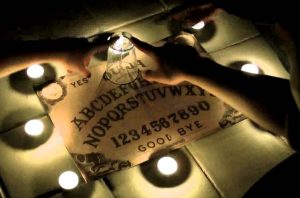 A group of kids in Colombia fainted at a school after using a Ouija board, in an extraordinarily scary occurrence, reports republicworld.com.

Teachers reported that at least 11 children, aged 13 to 17, were discovered unconscious in the hallway and that five students were sent to the hospital.

According to The Independent report, the teenagers were suffering from violent vomiting, abdominal pain, and muscle spasms when they were rushed to Manuela Beltrán Hospital.

As of now, the school administration has not shared the specifics of the incident with authorities before making a decision on the case.

“The children were passed out; at the time they were found, they were short of breath and thick drool was coming out of their mouths,” said Jose Pablo Toloza Rondón, the mayor of Hato.

“It is not ruled out that it was the Ouija board; that is part of the investigation.” He added saying, “Others say that they consumed water from a container, others that they came from a pool and had been given something to eat.”

“We did not find psychological alteration in the children, taking into account that it was said that it would have been from playing the Ouija board. The medical report says it was due to food poisoning,” he added.