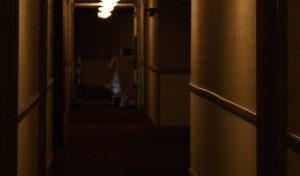 For those persons who love taking on a challenge, we announced list of the top 10 haunted hotels in the USA. Are you up for it, or too frightened to even try?

10. Pfister Hotel in downtown Milwaukee: Since its opening in 1893, guests have seen a portly, older, well-dressed gentlemen smiling while surveying the lobby from the grand staircase.

9. Hotel Monteleone in New Orleans’ French Quarter: A night at Hotel Monteleone could include visits from child-like spirits, experiences with locked doors that open and shut on their own, and an elevator with a mind of its own.

8. Hotel Galvez in Galveston, Texas: The ghost of a young woman walks the halls of the fifth floor, agonizing over the loss of her seafaring husband. She is especially partial to room 500.

7. Hotel Jerome in Aspen, Colo.: The most active spirit is known as the “water boy,” a 10-year-old boy who drowned in the hotel’s swimming pool during a family trip 1936. The dripping-wet boy is said to appear near room 310—the room his family had stayed in.

6. The Queen Mary in Long Beach, Calif.: Even though the ship no longer sails, this vessel-turned-hotel reports some of its past guests are still be aboard. One of the most famous haunts occurs in cabin B340, which has been closed off due to the extreme paranormal activity.

5. Hotel Baker in downtown St. Charles, Ill.: A chambermaid who drowned herself after being left by her lover, apparently haunts the sixth floor. Some guests have reported their bed sheets have been messed up—even though no one had been in the room.

4. Hawthorne Hotel in Salem, Mass.: Two of the most talked about paranormal activities in this hotel – about 16 miles outside of Boston – are the phantom hands in Room 325 and the spectral woman on the sixth floor. But let’s be real, Boston, you know there’s more to this haunted hotel…

3. Bourbon Orleans in the French Quarter: Ghost sightings include a Confederate soldier on the sixth and seventh floors, ghost children and women from the building’s time as a convent, and the lonely dancer in the famous Orleans Ballroom.

2. Crescent Hotel, Eureka Springs, Ark.: Ghosts have been spotted in rooms 202 and 424, doors seemingly slam shut on their own, and guests have been shaken awake at night by unseen phantoms.