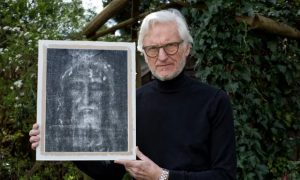 In response to claims that the Shroud of Turin is a medieval forgery, the director David Rolfe has offered the British Museum a $1 million reward if they can successfully fake this iconic artifact.

The Shroud of Turin is a linen cloth on which, according to the Christian church, the posthumous imprint of the body of Jesus Christ was miraculously displayed after his body was removed from the cross and wrapped in this cloth.

The shroud is revered by believers as one of the greatest Christian shrines. Meanwhile, for decades there has been a fierce debate about whether it is genuine or fake. 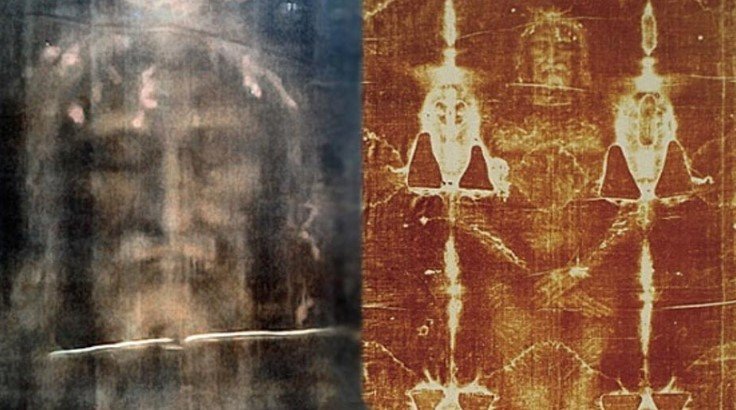 In 1988, one of the most thorough studies of the shroud was carried out under the leadership of the British Museum and Oxford University. They made a carbon analysis of a piece of shroud fabric, after which they declared that the Shroud of Turin was not real, as it was made not 2 thousand years ago, but in the Middle Ages – in the 13th or 14th century.

Recently, British documentary filmmaker David Rolfe made a big claim that the 1988 carbon analysis was wrong. And that he allegedly has evidence of this.

Rolf’s new film “Who Can He Be?” is coming out soon, dedicated to the mystery of the Shroud of Turin, in which he claims that new details that have appeared since 1988 show that the shroud is genuine.

What’s more, Rolf challenged the British Museum with a $1 million stake if museum staff could make an exact copy of the Shroud of Turin.

“If they believe that the shroud is a medieval fake, I encourage them to repeat this thing by creating something similar today. Because of all the evidence that I have seen, if it is a fake, it is the most ingenious fake in history,” says Rolf.

“They said it was created by a medieval fraudster, and I tell them, well, if he could do it, you should be able to do it too. And if you can, I have a $1 million reward for you.”

According to Rolf, he first heard about the Shroud of Turin about 45 years ago, and then he was not a believer. But after he began to study the shroud and made a film about it that won a Bafta award in 1978, he began to believe in God.

According to Rolf, the errors in testing were that five testing protocols were agreed upon, but all of them were not followed, and the shroud fabric sample used for the tests was too small and taken from a corner. That is, in the place where the shroud was probably patched up many times over the centuries. That is, the fabric was not from the original canvas, but from a patch.

David Rolf of the famous people is not the only one who considers the testing of 1988 bad and erroneous. Barry M. Schwartz, a photographer who photographed the shroud in 1978, says that the best word to describe the work of the British Museum staff in 1988 is “cloudy”.

“Today there are at least six peer-reviewed scientific papers that challenge the 1988 carbon dating results,” he says.

Meanwhile, the representative of the British Museum answered Rolf’s challenge very vaguely: “Any ongoing questions about the shroud are best directed to those currently caring for it at Turin Cathedral’s royal chapel,” the spokesman said.